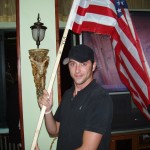 Well, election Tuesday in America has come and gone. Most Americans will be glad that the endless campaign commercials, telephone calls, and mailers are going to cease, at least for a little while, and life will get back to normal, or as normal as it ever is. After the election we have the same president, pretty close to the same congress, and all the problems we went to bed with on Monday we woke up to find we still had on Wednesday. Some important issues were voted “Against”, and some frivolous issues were voted “For”. But as an American who waves the flag of democracy, I understand that the majority rules and we all just have to cope and adapt, and continue to do the best we can. But that is the paradox of a democracy in that after an election a little over half of the people are cheering, and a little under half of the people are booing.

Despite devastating storms, and other distracting problems around the country, Americans turned out in record numbers to let their voice be heard on election day. Some will have great hope in the next four years, and some will project doom and gloom. But that is just the way it has always been in a democracy, and we can pretty much count on it always being that way in the future. I actually have hope for the next four years. Despite the problems of crushing debt, unemployment, war, and natural disasters, the truth that I see is that God is in control. God will place men and women as leaders, but ultimately nothing happens outside of God’s will. With all of our problems in America some people might say that God is not capable of being in control, or if He is He is overly harsh and unjust. The truth is God loves us. In the past He allowed America to be a beacon of light and justice in the world, and we as a people embraced Him. Today though, not so much. We fuss about Him being on our money, in our schools, and in our courts, and many Americans today barely acknowledge Him. If God loves us the way He says He does, then I think He may be just trying to get our attention to turn back to Him before it is too late. So, you know, why don’t we do that…before it is too late.

I am proud to be an American (queue music please), I am proud of our form of government. I am even proud of how our government tries to watch out for the best interests of its people, as well as people in other parts of the world. Sometimes we complain that our government doesn’t take care of us. We sometimes feel that we are over taxed, over regulated, and abused by special interest groups, but before we go too far down that road of feeling sorry for ourselves let me share with you what I have observed in other parts of the world.

If you have been following the stories of my dental and other healthcare missions in various parts of the world, you will remember that in many of those places I lived and worked among the people, and experienced things that normally would not be experienced by a tourist. I have shared my life with people abused by unjust governments, wars, natural disasters, and extreme poverty. I have seen their pain, heard their stories of anguish, and I have at times felt just as helpless and hopeless as they have felt. Let me give just a few examples. 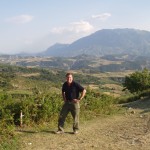 In one village I was in with my wife, Karen, we had set up a dental clinic. It was a beautifully situated village in a gorgeous valley surrounded by majestic mountains. That beauty was marred, however, when older villagers recounted the time when they were younger, under an oppressive regime, when people in the valley were rounded up and killed in the middle of the night just so the dictator of that country could build a secret weapons factory, and he needed to thin out the population. Having heard that story my eyes where then opened to the ruins of empty stone homes, and empty communities—the previous occupants had been eliminated for the sake of a weapons factory.

After a natural disaster in central Asia, Karen and I Set up a clinic in a refugee camp. The government in this case declared the final tally of those lost to be about one-third the actual death toll so that their responsibility would seem less…to them. The people in the region knew how many people had died, and they couldn’t understand why foreigners where the ones helping instead of their own government. I helped as much as I could, but I  now look back on that time, and realize how thankful I am for my own government.

We set up clinics in several areas in another country in Asia. What we found there was a lack of freedom of the people to express their beliefs as the government made laws keeping them  on private property, and any venture into public property was unlawful. At least they had that much freedom, but the people were under constant fear that even that would be taken away. Sure enough today more and more of their freedoms are beginning to be taken away by the government, and their future is looking darker and darker.

In east Africa there is very little help from the government for the people living in the slums. Foreign and domestic organizations are trying to make a difference, but are often hindered by corruption. It is not uncommon for ten and eleven year old girls to be raped and bare children. Meanwhile disease is rampant, and our healthcare teams barely scratch the surface of such a gigantic need.

In places where there is no strong central government roads are extremely dangerous and at times impassable. Police and military are often corrupt, and graft and embezzlement are accepted as a way of life. In these places a tax system is lacking or inadequate, so people by necessity have to fend for themselves, leaving them open to organized crime, and violence.

I bring up these examples to remind myself and my readers, that although our election may not have gone as we planned, and the direction of our country may be disappointing, we still have a great deal to be thankful for. And as an American who claims to follow Christ I have a mandate to pray for our leaders. And guess what? I will! Until next time, God Bless You!

19 thoughts on “My Perspective on America’s Election”