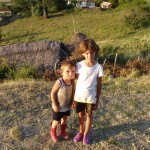 Sometimes I have had people look at me like I am crazy when I tell them of some of the places in the world that I have been to. I have actually had people tell me to my face that I am crazy, including some from my own family. It never hurts my feelings because I know for the most part  they are just concerned for me, and they don’t want me going into harms way. I usually just smile and if it is before I go on a trip I tell them that I am sure God is leading me, and if it is after I have returned from a trip I tell them that the fact I am standing before them is proof enough that God protected me and brought me back safely, and they shouldn’t worry. I know, however, that it is almost impossible not to worry when someone you love is in a dangerous place or situation. I have written several stories that have to do with the anxiety of my wife, and kids, and my dad, when I have traipsed off into the unknown, and I honestly never take that for granted. 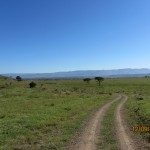 But what if being sure of the calling of God to GO!, puts you in a dangerous situation. In my way of thinking it would be more dangerous not to go. God requires obedience, and He will always equip us to accomplish the tasks He sets before us. He never promised it would be safe or without cost. What He did promise is that he would never leave us or forsake us. That means when we are in a tough spot he is there to give us strength to get through it. He doesn’t say He will give us strength to avoid it, go around it, over it, or under it, but to get through it. Sometimes we never get to see the end result of our faith and efforts, but we trust that God knows what He is doing when he calls us to serve Him. 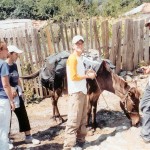 So we GO. That doesn’t mean we go without concern or a certain amount of anxiety, but we go because God told us to. It may take every bit of faith and strength we have to take that first step out the door, but we go because we trust that what we are doing has a purpose beyond ourselves. It isn’t something we can easily explain, but somewhere in our deepest core we just know it is the right thing to do. We don’t do it because we were born to do it. We do it because somewhere along the line we were instilled with a sense of duty. We see a job that needs to be done, we consider the cost but we count it as nothing compared to what will be gained, and we strive to perform the task to the best of our abilities.

One problem is when there is a conflict of interests and one group feels their job is more important than another’s. These feelings allow all sorts of problems to creep into one’s life including egoism, and narcissism. These problems in their very basic components are really nothing more than idolatry—we put glorifying ourselves above glorifying God. This always causes head aches, and no one ever wins. The best thing to do is realize that we are a team that functions best when everyone knows their job and does it. 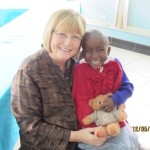 Another problem that comes from outside this team, is the naysayers who will find fault with any and everything. They will accuse those trying to help others of being egoist, or narcissists, and they will say that those helping are just doing it to make themselves feel better. Well… as a matter of fact, when I have had people who have had no resources of their own come up to me and tell me that they feel better, or they are no longer hungry, or they no longer feel unloved and forgotten, or they no longer feel hopeless, I’ve got to tell you, that does make me feel better. For me success isn’t measured by the size of my house, bank account, or car I drive; it is measured by how significant I am in the lives of others. Unfortunately the naysayers haven’t figured that out yet, and if they are honest with themselves they will admit that their lives are full of disappointment and discontent. But the good news is they don’t have to stay that way unless they choose to. Anyone can join the team. We are always looking for people who overcome their fear and get outside their box to help the world be a better place. 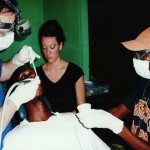 On the subject of fear, there are those people who will condemn others for going into dangerous places as being fool hardy, irresponsible risk takers. They will try to project their own fear of getting out of the box on to someone else who is taking a step out. This isn’t helpful either. A case in point, my daughter Aubrey and her college room mate Stephanie went with me to set up dental clinics in Liberia ( see previous story Culturally Acceptable, and A Time to Go). As they were getting their Yellow Fever shots at their universities healthcare center the nurse said, “Liberia! Why would you want to go to Liberia! They rape white women there!” She then proceeded to suggest to them that they take along a “Morning After” pill in case they get raped. What??? Are you kidding me? I wanted to take a cattle prod to that nurse. Yes, Liberia had just finished fifteen years of  genocidel civil war, but by the time we got there, the Liberians, who we found to be wonderful people, were so sick of war and violence that it was probably one of the safest places in the world to be. Two of the young men who worked in one of our clinics had been boy soldiers, and they made it their mission to make sure Aubrey and Stephanie felt safe. Aubrey told me that she felt safer in Liberia than she did on her college campus.

Yes, you have to be smart. You have to consider the cost, and the risk, but you have to also realize that the world is in the state it is in because too many people take the easy way. Too many people play it safe. Too many people with abundant resources keep it for themselves or waste it. The result—people just like you and me who want to live and raise families, love and have hope, were born in a place where they live in harsh, or dangerous, or hard to get to places and suffer from hunger, lack of water, lack of health care, and lack of justice. 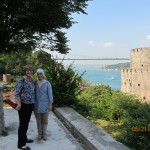 I heard a quote once that put this whole subject in perspective for me. “Our greatest fear should not be of failure. Our greatest fear should be of succeeding at something that doesn’t really matter.” I never try to push others into doing the kinds of things that I do, but I do try to encourage them to do something. To do something with their talent, or their money, or their time, to help others. If we all do something, don’t you think the world would be a better place?